Can measurements be biased? 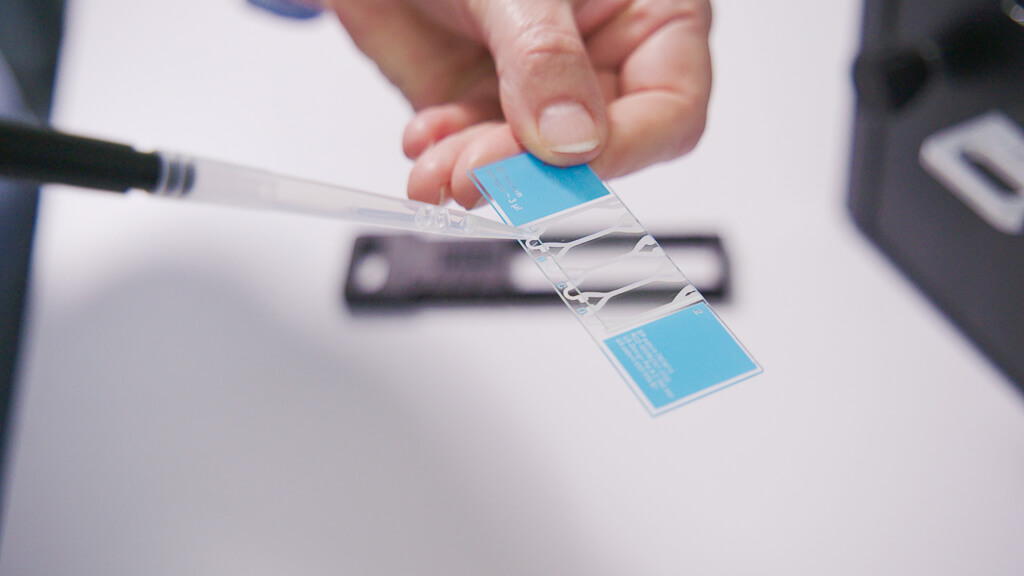 To demonstrate the difference, we have used an IVOS II computer-aided semen analyser to perform measurements of the % progressively motile (using standardised Qualivets settings) as a function of distance across numerous droplets and channels using a ‘standard’ single batch of post-thawed conventional bull semen straws. Droplets were formed by gently lowering a 24mm-by-24mm square coverslip over a 6 µL droplet of a semen straw thawed according to conventional methods, 45 seconds in a water bath at 37 degrees Centigrade. The channel was from a 4-channel Leja slide with a depth of 20µm, filled from position 0 and sealed on both sides with petroleum jelly (Vaseline) before measurements were performed.

The results shown in Figure 1.a show very clearly that the % progressive motility measured for a droplet sandwiched between a coverslip and microscope slide is highly dependent on the position from the edge of the droplet.  For the sample shown, measurements varied from 0% progressively motile near the droplet edge (at 0mm and 24mm) to over 50% progressively motile in the centre of the droplet. As shown in Figure 1.b, measurements performed within a sealed channel have a much flatter profile, independent of the position, if further than ~2 mm from the inward channel edge (at 0mm) with the opposite edge at 21mm. For the same sample, a progressive motility of 30% was measured along the majority of the channel.

Readers may wonder why this position dependence is observed for the droplet but not for a channel slide.  For a channel, slide flow occurs only while the sample fills due to capillary action and then ceases once the ends of the channel are filled.  During droplet preparation, outward flow occurs in two stages:

As a consequence, the non-motile will follow the outward flow so that more non-motile cells are observed near the edge of a confined droplet.  Motile spermatozoa have the capability to swim in all directions, and, as a result, a higher % progressive motility is measured in the centre of a droplet. Additionally, it is important to note that motile spermatozoa are known to have rheotactic behaviour by swimming against a given flow with specific property. Rather such rheotactic behaviour plays a major role in the droplet condition still remains to be elucidated.

Finally, it is important to note that the droplet method is very sensitive to its preparation leading do significant variability.   Non-monotonic or symmetric profiles of % progressive motility can occur due to bubble creation or the way the coverslip is dropped onto the droplet.

Thus, to be confident that results are a true representation of the % progressively motile for a given straw, Dyneval recommends measurements are always performed within a channel slide.

Note: We offer preliminary insights for our customers, and a full set of measurements, including concentration profiles and different preparation methods, shall be written up for publication.

You have successfully subscribed!

Go back to home